Its a style of karate developed from various martial arts by Gichin Funakoshi (1868–1957) and his son Gigo (Yoshitaka) Funakoshi (1906–1945). Gichin was born in Okinawa and is widely credited with popularizing “karate do” through a series of public demonstrations, and by promoting the development of university karate clubs, including those at Keio, Waseda, Hitotsubashi (Shodai), Takushoku, Chuo, Gakushuin, and Hosei. 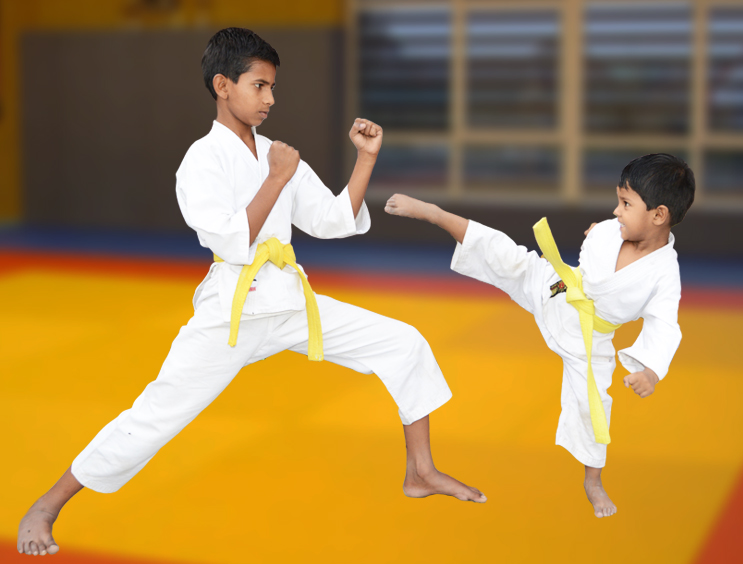 Funakoshi had many students at the university clubs and outside dojos, who continued to teach karate after his death in 1957. However, internal disagreements (in particular the notion that competition is contrary to the essence of karate) led to the creation of different organisations—including an initial split between the Japan Karate Association (headed by Masatoshi Nakayama) and the Shotokai (headed by Motonobu Hironishi and Shigeru Egami), followed by many others—so that today there is no single “Shotokan school”, although they all bear Funakoshi’s influence.

As the most widely practiced style, Shotokan is considered a traditional and influential form of karate-do.

Gichin Funakoshi is widely considered as the “father” of modern day karate. He was born in the Shuri prefecture in Okinawa in 1868 and at the age of 11 began to study Karate under two of Okinawa’s top masters.

In time, he became a master in his own right and in 1922 he was invited to demonstrate karate to the Japanese public for the very first time. The demonstration was such a success he was invited to stay in Japan and teach, which he did with great success.